Get a Roofing Coupon Today!

This customer in Natick Ma. Had Robert Evans Jr. Contracting install Certainteed Monogram Pacific Blue Vinyl siding to there house. The homeowner was tired of painting his wood clapboard siding every few years. Vinyl siding has a much longer life then its counter part Wood Clapboard. Certainteed respects the environment through the responsible development of sustainable vinyl and polymer siding products and systems.

Whether it is a Victorian reproduction, a New England saltbox or a modern beach house get-away, we offer the rich look of natural cedar without the expense and heavy maintenance. You can create a home to be proud of with Monogram's designer pallete of over 40 siding and trim colors. Inspired by nature, these colors are designed to harmonize home and environment. 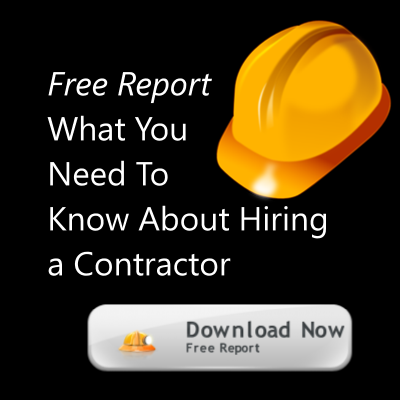 This Flat Rubber roof in Massachusetts was completed a few years ago by Robert Evans Jr Contracting Inc.

Flat Rubber roofs can last up to 40 years if well maintained by your roofing contractor. All seams, corners, penetrations in roof, and edge flashing should be inspected annually for wear and tear. Any ponding water on your flat roof should be avoided also to keep your roof at peak performance.

Vinyl siding is plastic exterior siding for a house, used for decoration and weatherproofing, imitating wood clapboard, and used instead of other materials such as aluminum or fiber cement siding. It is an engineered product, manufactured primarily from polyvinyl chloride (PVC) resin.

Approximately 80 percent of its weight is PVC resin, with the remaining 20 percent being ingredients that impart color, opacity, gloss, impact resistance, flexibility, and durability. It is the most commonly installed exterior cladding for residential construction in the United States and Canada.

Vinyl siding was introduced to the exterior market in the late 1950s as a replacement for aluminum siding. It was first produced by an independently-owned manufacturing plant called Crane Plastics in Columbus, Ohio. The process was originally done through mono-extrusion. At that time, blending of colors was done manually.

This original process made it difficult to produce and install a consistent, quality product. Beginning in the 1970s, the industry changed its formulation changes to improve the product's production speed, impact resistance, and range of colors.

In the following decade, vinyl siding grew steadily in popularity in large part due to its durability, versatility, and ease of maintenance. However, in many European countries, for instance Germany, vinyl (PVC) is rarely used or phased out because of its negative environmental profile.

Today, vinyl siding is manufactured by coextrusion. Two layers of PVC are laid down in a continuous extrusion process; the top layer is weatherable capstock, which comprises about a third of the siding thickness. This capstock includes about 10% titanium dioxide, which is a pigment and provides resistance to breakdown from UV light. Vinyl siding, like paint, will inevitably fade over time, but the fade rate is somewhat slower with vinyl, and in any house cladding (vinyl, paint or others) the intensity of the color is in direct correlation to the rate of fade. For example, two currently popular colors are "barn red" and "clay". In reaction to sunlight, the barn red will fade faster than the very neutral clay color whether paint, vinyl siding or other composition. The lower layer, known as substrate, is typically about 15% ground limestone (which is largely calcium carbonate). The limestone reduces cost, and also balances the titanium dioxide, keeping both extrusion streams equally fluid during manufacturing. A small quantity of tin mercaptan or butadiene is added as a stabilizer to chemically tie up any hydrochloric acid that is released into the PVC material as the siding ages. Lubricants are also added to aid in the manufacturing process.

Vinyl siding can be observed in a wide range of product quality realized in a substantial difference in thickness and lasting durability. Thickness can vary from .035" in cheaper grade siding products up to .052" in the highest grade products which vary from manufacturer to manufacturer. Today, the thinnest vinyl siding commonly used is .040", and is known as "builder's grade". Vinyl product can vary in thickness even within one manufacturer up to .010" of thickness through varying product lines offered that range from basic to premium-grade products. Thicker vinyl products, usually realized in higher cost, are more rigid which can add to the aesthetic appeal and look of the installed, inherently flexible product and also add to durability and life expectancy. Thicker grades of vinyl siding may, according to some, exhibit more resistance to the most common complaint about vinyl siding – its tendency to crack in very cold weather when it is struck or bumped by a hard object while others feel that a thinner product may allow more 'flex before cracking' and is a subject of debate. However, at "This Old House" website, this assertion about thickness and crack resistance is disputed. They claim to know of test results that indicate chemical makeup has a greater influence on impact resistance than does thickness.

Chemical formulas can also vary somewhat from manufacturer to manufacturer which can impact life expectancy as formulas and possibly manufacture process can be one of the most important in terms of product quality and durability. One important advent was a UV coating,  utilized by some manufacturers that was applied to the surface of the product that filters out UV spectral light from the sun which would otherwise degrade the PVC more quickly. As a rough general rule, the higher the grade (and price) of the siding, the more resistant it is to fading (intensity of the color being taken into consideration, as mentioned above).

Vinyl siding is manufactured with its own partial fastening or locking system that is coupled with nails that 'loose' fasten the product to the exterior wall. This locking system can be either a rolled or an extruded lock depending on the manufacturing process, either of which has its own design considerations. This locking system, either extruded or rolled has a bottom lock which locks into either a start piece or onto the top lock of the panel below. The top lock is then 'loose' nailed to hold the panel to the wall. This 'loose' nailing allows for float which is created by expansion and contraction from varying temperature and weather conditions. With well designed siding, and proper 'loose nailing' installation, the siding can easily expand up, down, in and out, and left and right without restriction. Vinyl siding, by its nature, will tend to expand and contract more with temperature extremes than any other common type of cladding.

From an environmental standpoint, vinyl (PVC) siding has been called a "disaster". The production of PVC and its feedstocks, vinyl chloride monomer and ethylene dichloride results in the release of hundreds of thousands of pounds of toxic chemicals into the environment each year, mainly in poor, communities of color in Louisiana and Texas. PVC production is also a large source of dioxin into the environment.

Vinyl siding, like natural wood siding, is flammable. The natural fire retardancy of PVC is a double-edged sword in that building materials may smolder for long periods of time giving off hydrogen chloride gas long before visible signs of fire appear. Because of its majority chlorine content, when PVC burns in fires two extremely hazardous substances, hydrogen chloride gas and dioxin are formed which present both acute and chronic health hazards to building occupants, fire fighters and surrounding communities. In addition, when PVC burns, some 100 different toxic compounds are produced. Because of its thin profile, vinyl siding may be more likely to ignite due to exterior fire; for example, the National Institute of Standards and Technology found that, in tests involving vinyl-clad structures in close proximity, fire was observed to spread between two vinyl-clad test structures located six feet apart in fewer than five minutes.Additionally, vinyl siding can release toxic fumes when burning, particularly dioxins. This is not only an environmental concern, but the fumes can be dangerous to firefighters and bystanders, and the toxic fumes released may increase the likelihood of fatality from smoke inhalation for anyone trapped in the burning structure.

Environmental Building News wrote in its January, 1998 issue that "while Greenpeace has been most vocal regarding environmental and health concerns with PVC (vinyl), they are by no means the only voice out there expressing such concerns. There is widespread concern within the environmental and toxicology communities, not only about PVC and the products associated with its manufacture and disposal, but also about chemicals that are added to PVC to give it specific properties for building product applications. The plasticizer DEHP, for example, has been the focus of recent concern. "we stand by our concerns about PVC-based building products for both environmental and health reasons."—ebn, January 1998, page 3.] The position of the International Association of Firefighters, which represents fire fighters in the U.S. and Canada is: "Due to its intrinsic hazards, we support efforts to identify and use alternative building materials that do not pose as much risk as PVC to fire fighters, building occupants or communities."

The PVC used in vinyl siding used to be produced in open vats until 1971, when angiosarcoma, a rare cancer of the liver, was traced to vinyl chloride exposure among PVC workers, and strict workplace exposure limits were established by the Occupational Safety and Health Administration. These changes required all vats to be tightly sealed, which led to greater capital costs and a concentration in the number of producers.

We recently completed vinyl siding in Natick. A customer whom we had completed a roof for back in 2001 grew weary of painting her condo every two years called the office back in May and decided to go vinyl. After a lot of comtemplation and weeding through colors, she and her neighbor decided to go with Majstic sandstone. On the front gable ends Cedar Impression vinyl shakes would be used.

After the Siding was started the home owners decided to replace the front deck with new rails and decking.

Recent clapboard siding job in the historic district of Sudbury MA. A fallen tree destroyed the old siding so it had to be removed and new clapboard installed. Since it is in the historic district the new siding had to match the old. We also did not have to meet the new energy code. New pre-primed pine trim was installed, because it was also damaged.
0 Comments Click here to read/write comments

We have recently completed a new Certainteed roof and vinyl siding job in Natick mass. The home owner picked the siding and roofing to together because the siding has a life time warranty and the roof has a 30 year warranty. Guaranteeing them that they will never have to paint there house and be free from leaks as long as they own it.